Celebrating its tenth anniversary (though two years late due the pandemic), the New Tottenham Singers, in partnership with Covent Garden Chamber Orchestra, present a performance of choral music, at the centre of which is the Mozart Requiem.

The Requiem, Mozart’s enduringly popular final work, is said to have been commissioned anonymously, leading the composer, when he became sick some weeks later, to develop the belief he had begun writing a requiem for his own impending death. Indeed, Mozart never finished the piece, and the scores were completed by a pupil of his, Franz Xaver Süssmayr, based at least in part on the composer’s written notes. Full of emotion and pathos, and written in the midst of illness, it is regarded as a beautiful expression of Mozart’s enduring faith and hope.

The venue for the concert is the 120-year old St Ignatius Church, a prominent Tottenham landmark with a Grade II listing, and one of the area’s most noteworthy buildings. The vivid mosaic glass decoration and the glittering high altar and sanctuary, as well as the striking acoustics should provide a dramatic and striking location in which to enjoy the event.

The “Book Tickets” section below links to special tickets for use by members of the church choirs at St Ignatius. If you are not associated with these choirs, please use the ticket booking facility at https://discover.london/event/mozart-requiem/

Seating is provided on a first-come, first-served basis for the event, so please arrive in good time to select your preferred place.

Concert commences, with Sir Hubert Parry's I was glad when they said unto me

Founded in 2010, the New Tottenham Singers has a diverse musical repertoire, and while their concerts can feature programmes of Jazz, Gospel or Musical Theatre, they also perform traditional choral works such as the Rutter and Vivaldi Glorias, and sing English Sacred Choral Music including works by Stanford, Wesley, Brewer and Stainer. They sang Choral Evensong at Merton College, Oxford to celebrate the college’s 750th anniversary.

This performance continues a tradition of the choir singing at St Ignatius. In November 2018 it presented a Concert of Remembrance for an audience of nearly five hundred in commemoration of the centenary of the First World War Armistice Day, and it performed a concert of work by Gabriel Fauré last year. This next performance takes place eight years after the choir last sang the Mozart Requiem at St Ignatius in 2014. 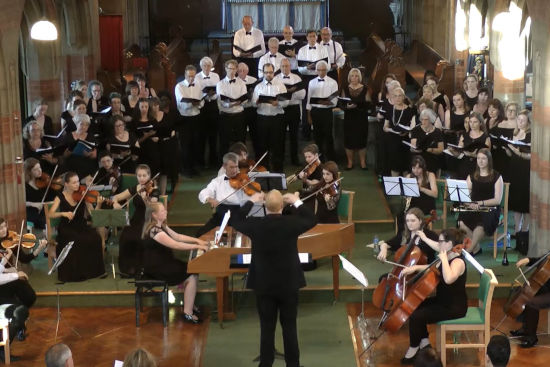 The Covent Garden Chamber Orchestra has a history of collaboration with musical arts organisations across the capital, and values working with different conductors and artists. The impressive venue of this concert may feel familiar to them as they frequently give concerts at the similarly grand grade II-listed St Peter's Church in Notting Hill. 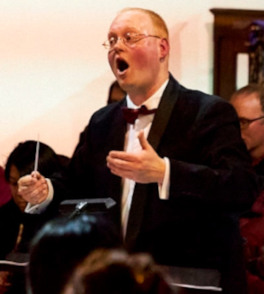 Tom Fowkes underwent his musical training at Trinity College of Music where he obtained his degree in Composition and Conducting. As well as being the Musical and Artistic Director of the New Tottenham Singers since 2010, he has held Director of Music posts at a number of large London churches. His portfolio extends beyond traditional choral and ecclesiastical music, and he has a particular interest in musical theatre, a field in which he has taught and lectured, as well as served as Musical Director in multiple stage productions.

One Ticket admits a Youth Choir member plus one accompanying adult at no extra charge.

Refreshments available at end of event