Guildhall and the Roman Amphitheatre

London’s Guildhall is the complex of buildings that, when its predecessors are included, has served for over 800 years as the administrative headquarters of what is now the City of London Corporation, the local authority responsible for the “Square Mile”. It lies in the centre of what was the old Roman walled city of Londinium and sits above the ruins of a Roman Amphitheatre. You can read more about London Guildhall’s history below.

At the heart of the complex is the Great Hall (this building on its own is also referred to as “the Guildhall”). This is thought to be the third Guildhall on the site, and dates from the early fifteenth century. It is Britain’s second largest single-span medieval hall, exceeded in size only by Parliament’s Westminster Hall. In its five centuries of history the current building has hosted several significant trials including that, in 1553, of Lady Jane Grey, the “nine-day queen”, at which she was condemned to death (she was beheaded at the Tower of London, a mile away). The hall survived the 1666 Great Fire of London, but its roof was lost to the fire, and a later roof was destroyed again in a Blitz air raid in 1940. Throughout its history the hall has hosted banquets for British Kings and Queens, foreign Monarchs and Heads of State, and has been the site of the Lord Mayor’s Banquet annually since 1502. More prosaically, it continues to serve as the meeting place for the Court of Common Council, the Corporation’s main decision-making body.

Visiting
While you can admire the exterior of the Great Hall from the outside in Guildhall Yard, disappointingly, as at September 2022, the interior of the building has not been reopened for access by the public following the imposition of Covid-linked restrictions. However, once-a-month tours of the interior are offered. See the tickets section below for details.

Art Gallery
At the eastern edge of Guildhall Yard (shown at right of adjacent photo), stands the Guildhall Art Gallery, home to the City of London Corporation’s art collection, with around 250 selected works on display at any one time. The collection has a particular focus on historic and contemporary images of London as well as Victorian art, including Pre-Raphaelite works by Dante Gabriel Rossetti, John Everett Millais and William Holman-Hunt. See below for entrance information.

Roman Amphitheatre
Discovered during the building of the current gallery in 1988 were remains of a Roman Amphitheatre, which historians had long believed existed in Roman Londinium, but the whereabouts of which was preciously uncertain. The architectural plans for the gallery were adjusted to provide for public access to the ruins, and although the visible ruins are not extensive, the visitor experience is enhanced by some interesting luminous projections which seek to give a sense of what the amphitheatre would have looked like. The believed extent of the amphitheatre’s circumference is marked into the paving as a black circle in Guildhall Yard above.
The Art Gallery and Amphitheatre (enter via the gallery) are generally open daily from 10.30am – 4pm including Sundays, and admission is free. Check the website for civic events which occasionally affect opening hours. They recommend advance booking, but walking-in is usually possible.

City Architectural Model
On the junction of Guildhall Buildings and Basinghall Street, just 30 meters from Guildhall Yard, is the “City Centre”, home to the official architectural model of the Square Mile, as well as gallery space given over to City of London-related exhibitions with a special focus on architecture. Access to the model and gallery is free.

West Wing & Library
Opposite the Art Gallery is the building known as the “West Wing”, a combination of Brutalist architecture with a nod to the gothic style of the Great Hall’s frontage. This wing houses civic offices of the Corporation, as well as the Guildhall Library. This is a free reference library focused on the history of London, and open to the public (entrance on Aldermanbury on the other side of the arches from Guildhall Yard).

Nearby
To the south of the square, the strangely-named church of “St Lawrence Jewry next Guildhall” is a seventeenth-century replacement by Sir Christopher Wren of the twelfth-century original which was destroyed in the Great Fire of London. The official church of the City of London Corporation, it is usually open to the public on weekdays but is undergoing renovation and is scheduled to reopen in January 2023

History of the Guildhall
It is believed that during the Middle Ages, after the Roman retreat from Britain, the Saxons held folkmoots (citizens’ assemblies) at the amphitheatre site. These were general assemblies of the community which took place to make and uphold local laws. By the time of the Norman invasion, the principal London landowners, or Aldermen, had constituted themselves into a ruling council for the city, and this arrangement was accepted by William the Conqueror who appeared to have been aware of the value of preserving London as a hub of trade and wealth. Not long afterwards, in the 1120s, the first Guildhall was built on the current site, which provided the Aldermen with an official meeting place. In 1215 city officials negotiated with King John the right for London to elect its own mayor, who became responsible, with the council of Aldermen, for overseeing regulation and justice in the city. This was followed by the construction in the 1280s of an expanded replacement for the Guildhall, which included a chamber for meetings of the Mayor and Aldermen. The third (present) Guildhall, financed by the guilds of merchants as well as other donors, fines, and taxes was built between 1411 and 1440. This same building has continued to serve as a meeting place for the civic government of the City up until, and including the present day. 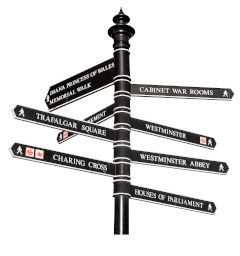 Plan your visit to the Guildhall Art Gallery or the Roman Amphitheatre ruins here.

Secure tickets for a visit to the Guildhall Art Gallery and/or Roman Amphitheatre here.
Or see here for Monthly Tours of the Great Hall .