One of the most recognisable bridges in the world, Tower Bridge was constructed across the Thames in the late 1800s. Designed by Sir Horace Jones, it was one of the most sophisticated designs of its kind at the time, lifting for ships to pass through with the power of steam-driven hydraulics and pumping engines. The power was stored and readily available to lift the bridge when needed, which was approximately 20-30 times per day. Since 1976, the hydraulic system has been operated by oil and electricity instead. It currently opens 2-3 times per day. The bridge was painted in patriotic colours to celebrate the Queen’s Silver Jubilee in 1977, was opened to the public as a tourist attraction in 1982, and played an important role in the Opening Ceremony of London’s 2012 Olympic Games.

A visit to Tower Bridge takes guests back to Victorian London where the old steam engines, coal-fired boilers, accumulators and drivetrains are preserved and on display in the Engine Rooms. A ticket also includes the opportunity to explore the towers and the panoramic views from the high-level walkways with their 11.5-metre-long glass floors (which are five layers thick and strong enough to support the weight of four black cabs). There is a shop on site with London souvenirs. The official website lists times that the bridge is scheduled to lift.

Tower Bridge is open for visitors daily from 9:30am to 8pm with last entry at 5pm. A standard adult ticket for a self-guided visit costs £11.40 with a variety of discounted rates listed on the website. Guided tours have an additional cost and a BSL tour is also available. The third Saturday of every month, Tower Bridge hosts a one-hour “Relaxed Opening” for those who would like a quieter experience. 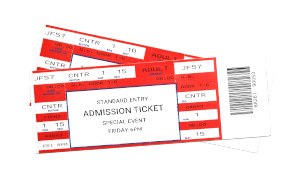 Buy tickets in advance of your visit on the official website for Tower Bridge.